What Food to Avoid During Pregnancy

There are certain foods that should be avoided whilst pregnant. I have tried to compile an extensive list although not an exhaustive list of food that you should try to avoid over your nine months of pregnancy. 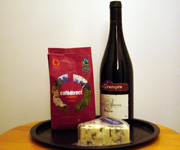 It is important that you eat as healthily as possible during your pregnancy to provide your baby with the nutrients it needs to grow.

There are several illnesses that you can contract from food such as salmonella and listeriosis.


Some foods to avoid include:

Soft and blue-veined cheese, such as Camembert, Brie and Stilton. (There is no risk of listeria associated with hard cheese such as Cheddar, cottage cheese or processed cheese)

Certain prepared salads such as potato salad and coleslaw

Ready-prepared meals or re-heated food, unless they are piping hot all the way through.

Limit the amount of tuna you eat, because it contains a high level of mercury, which can have a damaging effect on your baby's developing nervous system. You shouldn't eat more than one tuna steak, or four medium-sized tins of tuna a week.

Avoid eating shark, swordfish and marlin as these fish contain a high level of mercury.

Deli meats (including hot dogs) have led to outbreaks of Listeriosis which is particularly harmful to the foetus.

Liver contains high levels of Vitamin A. Although Vitamin A is good for you if too much is consumed it may cause birth defects in the baby.

Alcohol should be avoided

Limit your intake on caffeine. It is important to not have more than 300mg of caffeine a day. 300Mg is roughly equal to 3 mugs of coffee, six cups of tea, eight cans of regular cola or eight bars of chocolate.

Wash all fruit and vegetables before eating to reduce contracting toxoplasmosis.

I hope that the above list is helpful. If you find out any other foods that should be avoided please let me know and I will update the above list.